Receive the latest on the movement for climate solutions from Climate Reality. SIGN UP

If you’ve never been, we can’t recommend enough that you set aside some time to visit the great state of Florida.

Picturesque, diverse cities full of colorful architecture, spicy food, and music you can’t help but move to. Thrilling amusement parks that attract visitors from around the world. A 1.5-million-acre World Heritage Site and national park made up of wetlands, coastal mangroves, sawgrass marshes, and pine flatwoods. Legendary race tracks, seemingly endless white-sand beaches, the home of one of the greatest writers ever, the US’ primary launch center for space exploration.

Check, check, and check. The Sunshine State has a little something for everyone – but in our warming world, it also faces many unique threats that put all that history, culture, and natural grandeur in jeopardy.

The scar of damage carved across the state’s panhandle (and deep into the southeastern United States) recently by powerful, climate change-fueled Hurricane Michael threw into sharp relief exactly what’s at stake in Florida – and how in the blink of an eye the impacts of the climate crisis can defy expectations and turn ruinous.

Florida, like so many states up and down the Atlantic and Gulf coasts, has witnessed an increase in extreme weather events as a result of our changing climate. The reason why is fairly simple science.

Posted by The Years Project on Wednesday, October 10, 2018

“For a long time, we’ve understood, based on pretty simple physics, that as you warm the ocean’s surface, you’re going to get more intense hurricanes,” world-renowned climate scientist Dr. Michael Mann told Climate Reality late last year. “Whether you get more hurricanes or fewer hurricanes, the strongest storms will tend to become stronger.”

So as sea surface temperatures become warmer, hurricanes become more powerful. In recent years, with temperatures in parts of the Atlantic Ocean running well above longtime averages, we’ve seen how this dynamic can play out across the southeastern United States. And Florida’s geography – that of a relatively flat peninsula, jutting out into the Atlantic Ocean and Gulf of Mexico – leaves it especially vulnerable.

Last year, Hurricane Irma became the first Category 4 hurricane to strike the state since Charley in 2004, precipitating the largest evacuation in the state's history. And while Hurricane Matthew ultimately stayed just offshore, traveling parallel to the Florida coastline, the dirty fingerprints of the climate crisis were all over the speed with which it strengthened, leading to devastation on the Caribbean island of Haiti.

“It spun up from a tropical storm into a Category 5 hurricane in just 36 hours. That’s extremely unusual,” Climate Reality’s founder and chairman, former US Vice President Al Gore, said of Matthew.

If the scenario described by Vice President Gore last year sounds especially familiar, it’s because rapid intensification has also been a major part of the story of Hurricane Michael, which quickly spun from a tropical storm into a Category 4 monster before crashing into the Gulf Coast of Florida on October 10.

“Hurricane Michael took millions of residents by surprise, intensifying from a tropical storm to a major hurricane in just two days and leaving little time for preparations,” the New York Times writes. “[P]art of the explanation for the intensification was warmer-than-average waters in the Gulf of Mexico, which in some places was up by 3.6 degrees Fahrenheit, or two degrees Celsius.”

In addition, changes in overall precipitation patterns are expected more generally as the climate crisis unfolds, leading to more heavy and more sporadic rainfall events, intensifying drought-flood cycles, and further increasing the risk of extreme flooding during major storms like Matthew and Irma.

Outside the immediate and dire threat of hurricane season, discussions of Florida and climate change often center squarely on the risk posed by our swelling seas. There’s a good reason for that: Florida’s cities, infrastructure, beachfront homes, and natural ecosystems are among the most vulnerable in the world to sea-level rise.

A headline from the Miami Herald this summer says it all: “Florida has more to lose with sea rise than anywhere else in the US, new study says.”

The paper’s article details a Union of Concerned Scientists report that took a flood model from the National Oceanic and Atmospheric Administration and applied it to housing information from real estate database Zillow. The findings were alarming.

“By 2045, nearly 64,000 homes in Florida face flooding every other week. Half of those are in South Florida,” the Miami Herald writes.

And a little further down the road, the number of Floridians who could lose their homes to rising seas may explode.

“By the end of the century, Florida’s number of at-risk homes jump from 64,000 to a million. In 2100, the report said, about one in 10 homes in Florida will face flooding every other week,” the paper continues. “That puts the Sunshine State at the top of the list nationwide for homes at risk.”

The findings offer a stark reminder that without prompt, serious action to transition our global economy away from the fossil fuels driving the climate crisis toward clean, renewable energy like wind, solar, and geothermal, hundreds of thousands of people in Florida (and millions more around the world) may find their homes swamped by mid-century.

But coastal real estate isn’t the only thing in Florida threatened by water creeping up the coast. Anticipated sea-level rise in the state will also impact the state’s tourism and fresh water supplies. Florida's massive tourism industry could lose $178 billion annually by 2100.

With sunny-day flooding already increasingly common, particularly in southern Florida, there’s no time to waste in the fight to save the state’s trillion-dollars’ worth of at-risk real estate and status as a go-to vacation destination.

Since 1970, temperatures in the US Southeast have risen by an average of 2 degrees Fahrenheit, with even higher average temperatures striking in the summer months. If current trends continue, temperatures in Florida are “expected to exceed historical records by about 9°F by the end of the century.”

Basically, an already very hot Florida is getting even hotter – with the number of days of truly extreme heat set to increase exponentially.

“Seventy years from now, temperatures in most of the state are likely to rise above 95°F between 45 and 90 days per year, compared with less than 15 days per year today,” according to the US Environmental Protection Agency (EPA). “Higher humidity will further increase the heat index and associated impacts on health.”

The health consequences of high, long-lasting heat are especially dire. While hurricanes and dramatic flooding often seize the headlines, heat waves are actually the deadliest type of extreme weather.

“Hot days can be unhealthy – even dangerous. Certain people are especially vulnerable, including children, the elderly, the sick, and the poor. High air temperatures can cause heat stroke and dehydration and affect people’s cardiovascular and nervous systems,” EPA continues. “Warmer air can also increase the formation of ground-level ozone, a key component of smog. Ozone has a variety of health effects, aggravates lung diseases such as asthma, and increases the risk of premature death from heart or lung disease.”

Across the country and around the world, everyday activists supporting sustainable solutions in their communities are making the difference in the fight against the climate crisis. With federal-level climate action stalled in the US, our movement is working hard to effect change at the local level. That’s why we invite you to learn more about our Climate Reality Leadership Corps.

Join us and gain the skills you need to fight for urgent climate action in your community.

NOTE: This article was updated on October 15, 2018, to reflect recent impacts and the most current science on the climate crisis' threat to the State of Florida.

At Climate Reality, we work hard to create high-quality educational content like blogs, e-books, videos, and more to empower people all over the world to fight for climate solutions and stand together to drive the change we need. We are a nonprofit organization that believes there is hope in unity, and that together, we can build a safe, sustainable future.

But we can't do it without your help.

If you enjoyed what you’ve just read and would like to see more, please consider making a generous gift to support our ongoing work to fight climate denial and support solutions. 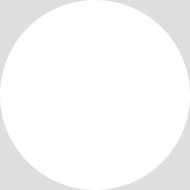